Luminous founder, Erika Menanteaux talks to Monica Boyd-Lester, Creative Director and Master Makeup Artist, about what led her to Luminous and why her art is sacred.

Monica Boyd-Lester has been the makeup artist for my circle of friends and clients for years. Every wedding, birthday, gala…Monica is always the first call in the planning process. Just knowing we were going to step out into the world with our Monica touched faces made it all feel right. It felt safe, daring, sensual, glamorous…everything we needed it to feel.

Although Monica has been there for so many milestones, heard so many of our life stories, beautified us so many times, we all know so little about her. As she steps into a completely new role for Luminous, we get to know her genius, her love, and her talent just a little deeper.

Erika Menanteaux: So many of the women who have been visiting us recognize you. Where have you been hiding and how does everyone know you?

Monica Boyd-Lester: I haven’t been hiding, I’ve just been, working. So many of you shop where I learned my artistry. First with Laura Mercier at Saks Fifth Avenue and Nordstrom Paramus; then with Bobbi Brown at Blue Mercury Manhattan and Lord & Taylor on Fifth Avenue.

Erika: Do a lot of celebrity makeup artists start at counters?

Erika: Let’s take it back. When did you get the opportunity to work with Laura Mercier? How did that manifest?

Monica: This is a looonnggg story.

Erika: We have time.

Monica: I was in an R&B band in my early twenties. We were touring, recording, shooting music videos…

And by some stroke of luck, we had some of the most genius makeup artists working on us. Sam Fine and Kevyn Aucoin were our artists… really the best of the best. Thankfully, I was absorbing everything they said.

Monica: Yes, he did our makeup for our Essence magazine shoot.

Monica: When our touring budget got cut, makeup artists were no longer a luxury we had. I used everything I absorbed from watching Kevyn and Sam, and started applying our makeup myself. I remember not even having a kit. I remembering it just feeling fun. I loved it.

Erika: So when did you actually start getting paid to do makeup?

Monica: Not for a while. I started doing it here and there for friends. Looking back, I distinctly remember my music and makeup careers crossing. I was in the studio recording background vocals and in the next studio Whitney Houston was prepping for an interview. Whitney desperately needed a touch up so I went in there and did it.

And just like that, using someone else’s brushes and makeup, I did Whitney’s makeup. I can still remember how beautiful she was, how little makeup was needed to bring out her beauty. It wasn’t until years later, when I really appreciated makeup artistry that I realized the gravity of getting to do her makeup. I am forever grateful for that short time with her so early on in my career.

A few years later, our group started to break up. Before I knew it, I was 29 and 8 months pregnant. My (now) husband and I needed to make more money than we were making so a makeup artist friend of ours let me assist on shoots. No one knew I had been doing makeup for the band, so I was prepping faces, organizing kits, very basic stuff. I was okay with just that.

Erika: How did assisting turn into working for Laura [Mercier]?

Monica: Laura and her team were getting ready to relaunch at Saks. They were looking to build a team of artists from scratch and Laura was looking to personally train four artists. After assisting my friend on an NSYNC shoot, she recommended me to Laura Mercier. The Mercier team chose me as one of their four artists and until I had my son, I trained one-on-one with Laura. When I had my son, and went back to work at the counter at Saks.

Erika: How long was it until women recognized that you were different? When did they start asking you to freelance outside of the counter?

Monica: Almost immediately. I was borrowing kits from friends just to do the makeup on these amazing New York women.

Erika: What did Laura and her team think of the freelancing? Did that go over well?

Monica: Absolutely. They supported my growth as an artist. I still remember, Joanne Chase [now VP of Laura Mercier], gifting me an entire kit to build my freelance career. I will never forget her generosity.

Erika: How long did you stay at Saks? What came next?

Monica: I stayed at Saks for a few years. I didn’t leave until 2001, when Laura and her team asked me to lead the counter at Nordstrom in Paramus.

Erika: That’s where I met you. I still remember. A friend of mine wanted to get some makeup. We went to Nordstrom and were met with a lot of makeup artists. My friend asked me… who do we pick? And I said “The one with the best makeup, the best skin, the prettiest one.” And that’s how we chose you.

Erika: No seriously, this is important…within minutes, my friend (who was struggling with her self image, much like we all do) felt incredibly beautiful. She sat in the chair differently, she smiled more widely, her eyes got brighter… and she hadn’t even seen herself, Mon. It was simply how you made her feel that changed. You reminded her that she was beautiful even before the makeup was applied.

Monica: Erika I know who you’re talking about and she is beautiful.

And I truly believe that… each woman is gorgeous… they just forget or let life drag them down, but they are beautiful.

Erika: Were you apprehensive about coming to New Jersey? I feel like you were so involved in the high profile and editorial scene in Manhattan.

Monica: Absolutely. I didn’t know anything about New Jersey. I could never have imagined how much I would love the women here.

Erika: You and I have previously talked a little about the timing of your move to Nordstrom. Can you talk about it?

Nordstrom reopened September 13th. So I went to work. I crossed the bridge, which a lot of people were scared to do at the time. The pressure of not disappointing Laura and team gave me the motivation to do it. I feel like they gave me so much of my career, and they needed me in New Jersey so I had to do it.

I learned something from that experience that has stuck with me. I learned, that no matter what is going in the world, women never stop getting their makeup done. For so many reasons, they showed up for their makeup. From a new color lipstick to change their mood to waterproof mascara because they lost someone and needed to look like they had it together. I got to be there in all those moments. My book was built off those connections I made after September 11th. I remember the women thinking I was crazy to cross the bridge to come do their makeup everyday. Thinking back, I can’t imagine not crossing the bridge to get to them.

Erika: We’ve talked about this as well, but now that some time has passed, how do you feel about leaving Laura Mercier for Bobbi Brown?

Monica: It wasn’t an easy decision. My husband and I talked about it for a while. We made the decision that was best for my family.

I was outgrowing the counter at Laura Mercier. I didn’t think so, as much as corporate thought so. They really wanted me to go national, to travel as a lead artist for the brand. I didn’t want to leave the world of applying makeup and I wasn’t going to spend that much time away from my husband and kids.

I had an opportunity to lead the Blue Mercury team for Bobbi Brown in Manhattan. So I took it. Bobbi and Marc Reagan trained me and I learned a different perspective of makeup artistry.

Erika: How long were you with Bobbi?

Monica: Only two years. I was a year at Blue Mercury, and they took me to open and head the counter at Lord and Taylor on Fifth Avenue.

Erika: How did your experience compare with Bobbi at Blue Mercury versus Lord and Taylor?

Monica: The Blue Mercury clientele wants exclusivity. They wanted to be pampered and I found that I really enjoyed providing that level of luxury service.

Lord and Taylor taught me a lot about business. I learned a great deal but missed the freedom of being a freelance makeup artist. So I went back to freelancing for Laura (Mercier).

Erika: I remember that transition and soon after you went to Makeup Forever. That really changed stuff for you…I watched your streamline and flourish. What happened there?

Monica: Makeup Forever forced me to really understand why I loved to paint on faces. They made me train on different aspects that I felt had nothing to do with doing makeup like the structure and balance of the face, color theory and crafting your own color palettes from scratch. They upped my game as an artist.

Erika: Were you just an artist there?

Monica: They dont have just artists. Everyone who’s with them is exceptional.

Monica: You learn you don’t need all of that bullshit. Now, I can make my own colors and my own foundation. I learned to recognize my love for faces… not just beautiful faces or celebrity faces. I love faces.

Erika: How long were you with Makeup Forever?

Monica: Three years. I left Makeup Forever because, it was about the artistry.

And I wanted to be about what is going to take to make the client feel beautiful. I am about the spirit and soul of women.

Erika: And so now, you are here Monica Boyd-Lester… tell me about that. Why Luminous? Why now?

Monica: I was going in circles trying to find my purpose. Sometimes I felt like makeup was driving me crazy. I wasn’t feeling peaceful or of service at the counters, on set or pounding the pavement. But when I got to Luminous I felt that this place and these connections with these women were saving my life.

“ You respect that my time with my client is sacred. And they feel that. I get to perform my art at its highest level for their highest good. That’s why I’m here now. ”

Erika Menanteaux, is the soul stirring and thought provoking Founder of Luminous, the first luxury lash spa to remind women that how they feel is even more important than how they look. Founded in ...

Mentioned in this article... 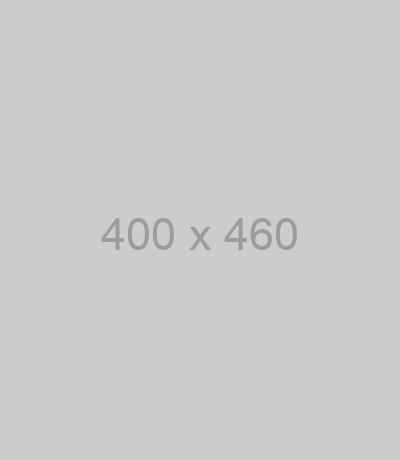